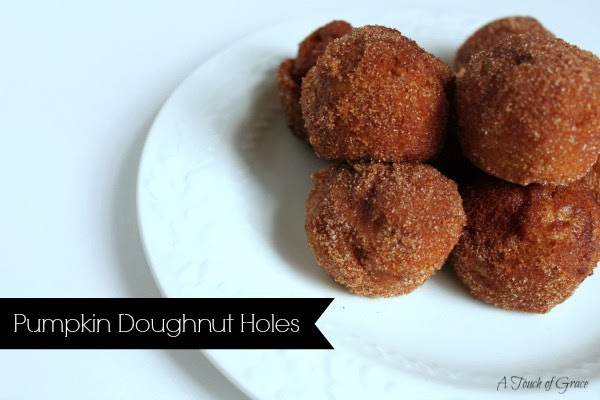 Is it donut or doughnut?  I actually looked up where donut came from and it has been around for a while but was popularized by the fanchise Dunkin’ Donuts in the 1920s.  A little trivia for you this fine Wednesday morning. These mini pumpkin doughnuts are so tasty you’ll have a hard time not eating them all in one sitting.
* Adapted from Domestically Speaking

* While they’re baking, melt the butter in a bowl.
* In a separate bowl combine sugar and cinnamon.

*After doughnuts have cooled a bit, dunk them in the butter then roll them in the cinnamon and sugar mix until just coated. Try not to eat too many!