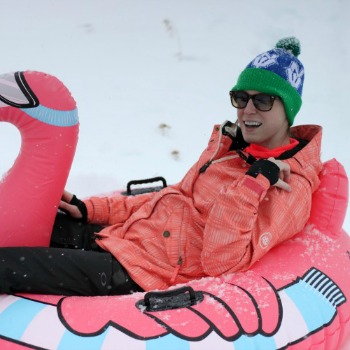 It’s Wednesday y’all!  This week is flying by!  We got back late Monday evening from our weekend at the cabin and have been playing a bit of catch up since then.  Kellen is home this week, which is so nice, so we’re trying to get some things done around the house and spend quality time together as a family, before he leaves again this weekend.

On Saturday morning we left bright and early and headed east of the mountains to Kellen’s family cabin.  It’s about a 6 hour drive up into north central Washington, with breathtaking views of the open landscape, and Canada!  The cabin is at 4,000 feet elevation, is 9 miles outside of a ghost town (population 9), and 25 miles from the nearest small town (population 1,600).  His parents built the cabin by hand and they lived there until Kellen was 6.  It runs off well water and heat from a stove; so while it does have electrical, it’s practically off the grid.  There’s no getting cell service up there.  His family has around 40 acres, and every year his parents host what we lovingly refer to as Bone Bowl. I wish I’d gotten photos of everyone, but there were 15 of us staying in their little cabin.  It was all Kellen’s family this year.  He had cousins that flew in from Reno, some that drove from Portland, and his uncle and girlfriend came from Sacramento.  It was a little family reunion! Each year Kellen’s mom has a theme for Bone Bowl weekend.  This year it was animals and hats.  So we sported some tortoise shell sunnies, animal hats and had a ball. This girl was the hit of the weekend.  So fun loving, so sweet, and quite the little sledder!  She just wanted to be outside in the snow all weekend. Poor EJ.  He was just not having it.  He played in the snow for about a second, then wanted to be up.  We pulled him up the hill the second day in a tube, but it was really windy so Grandma held him for a while, then he and I tubed down the hill and stayed in the house the rest of the day. Kellen’s uncle has the most darling girlfriend, and each year her daughter-in-law makes cookies for Bone Bowl.  This year they sent her a picture of our sled, and she made the cutest cookies!  Seriously, the girl is so talented! No sled trip would be complete without some warm adult bevies at the end of a long day in the snow. Or a trip down the hill in a flamingo tube.

On the drive home we confirmed that EJ can last no more than three hours in the car before he loses his mind.  The last part of the drive was a bit stressful, but we made it safely, right before dusk.  And now I have vowed to add in one free day after any vacation to allow for adjustment time.

After this weekend I feel ready for spring.  I hope we get a few more ski weekends in, but if not, I’m okay with it.  Bring on the warmer weather!

by Tiffany
previous article: Friday Favorites: The Only One In February
next article: The Best Fudgy Avocado Brownies